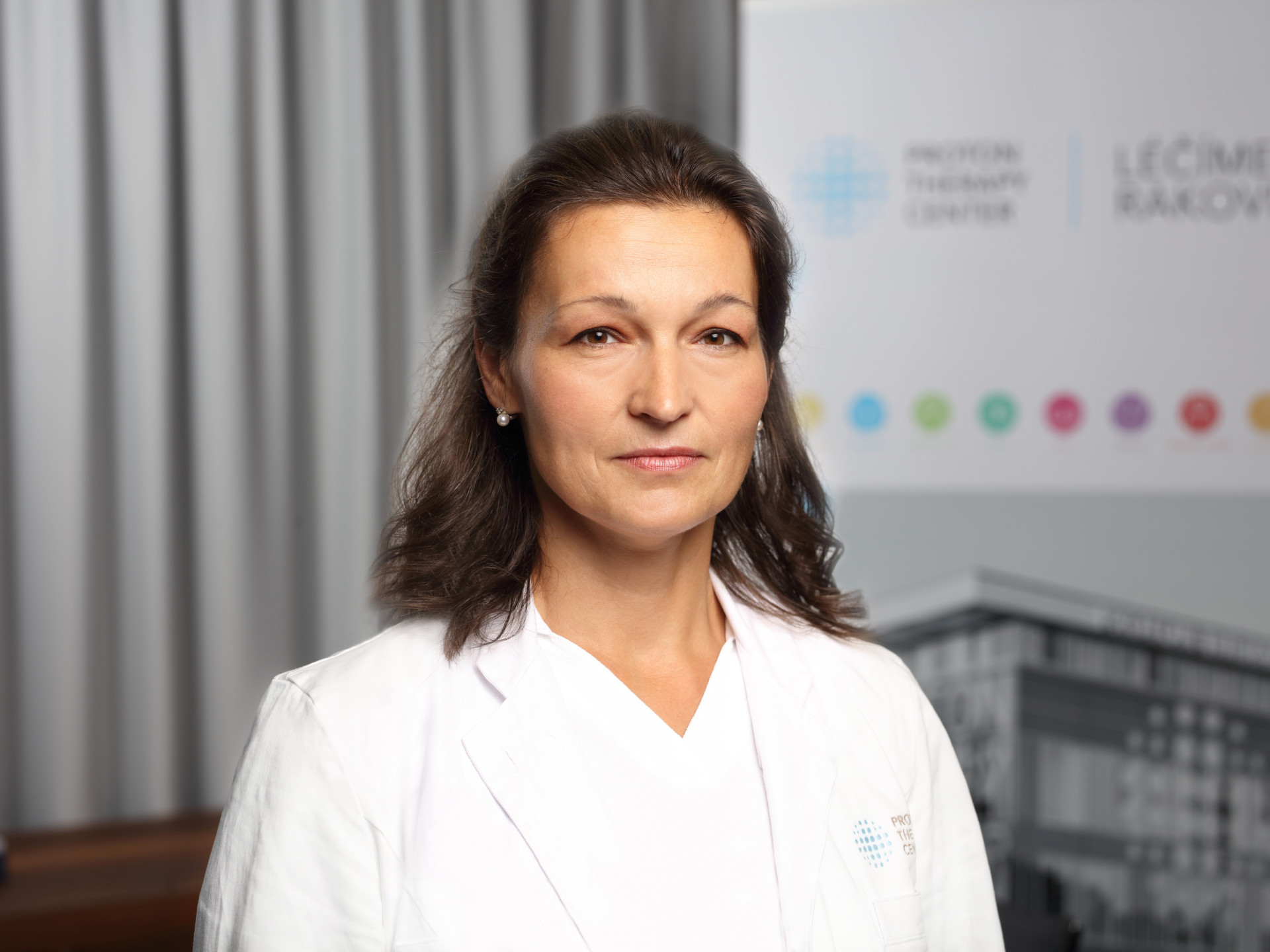 Malignant lymphomas very often affect people at a young age. A high percentage of patients is cured after cancer treatment; therefore, it is desirable to prevent any treatment-related side effects to the maximum extent.

The Proton Therapy Center’s procedures for treating this diagnosis have been included in official treatment protocols and have been adopted by other centres around the world. These procedures enable us to considerably reduce the radiation exposure to important organs, such as the heart and lungs, and thus significantly eliminate the risk of the development of cardiac and pulmonary diseases (such as cardiac infarction, heart rhythm abnormalities, pulmonary fibrosis, etc.). Proton therapy is also able to substantially eliminate exposure of the spinal cord to radiation, thus reducing the risk of it being damaged.

At the Proton Therapy Center (PTC) in Prague, over 220 lymphoma patients have been irradiated so far, of which 90% have undergone irradiation of the mediastinum. The very first patient was treated in spring 2013. PTC physicians and physicists are engaged in preparing domestic and foreign recommendations for the treatment of lymphomas.

Thanks to the concentrated experience with proton therapy of lymphomas, the Center of Excellence for Radiotherapy of Malignant Lymphomas was set up in 2019. It aims to further promote specialised scientific cooperation in the Czech Republic and abroad, rationalise proton radiotherapy indications for patients with lymphomas, inform experts, physicians, and last but not least, patients and the general public about therapeutic options and results.

Proton therapy is especially beneficial for:

As respiratory movements may impair the correct and precise execution of proton irradiation, in the treatment of breast cancer we also use the method of controlled breathing. For this, we use the Dyn’R.

The controlled breathing method has been chosen because it is important that the irradiated area of the body and the target volume of the tumor are irradiated the same way during each fraction. Since this irradiated volume varies depending on breathing, we need to ensure that the patient’s body is always in the same position. This is best done by holding their breath at a certain level. To determine this level, the patient first undergoes a controlled breathing training (Dyn’R training).

The controlled breathing training is done lying down on the back after being connected to the spirometer, using an antibacterial filter and a mouthpiece. The patient’s nose is held closed by a pin so that all exhaled air flows through their mouth. The patient also wears special glasses, where they see the breathing pattern to follow. The training is conducted by an experienced assistant and the patient has nothing to worry about.

During each irradiation, the patient lies on the radiation table the same way they did during the training, and breathes with the DIBH technique. If the patient accidentally does not manage to hold their breath for the required 20 seconds, they do not have to worry. If they breathe out, the device will detect it and stop irradiation automatically.

At present, malignant lymphomas are irradiated by photon or proton radiotherapy. The difference rests with the physical properties of individual types of radiation and related behaviour in tissues.

Another substantial reason to choose proton radiotherapy would be radiation induced heart disease (RIHD). Heart disease caused by radiation is one of the most serious and best-documented very late effects of radiation. Therefore, in the treatment of malignant lymphomas, when radiation is recommended, experts seek to minimise the radiation dose to the heart. Thanks to the proton beam, we are able to significantly reduce the risk of the occurrence of cardiac infarction, cardiac complaints, or the risk of development of pulmonary fibrosis.

Proton therapy allows us to:

The benefits of proton therapy are:

Malignant lymphomas rank among tumours highly sensitive to radiotherapy. Radiotherapy targets areas with the highest risk of failure (the places of initial tumor development, initially bulky tumours). Irradiation of malignant lymphomas rests in most cases with a reduction in the dose to which the surrounding high-risk organs are exposed. In the long-term, patients are threatened especially by the development of secondary malignancies and cardiovascular diseases after treatment.

It is essential to carefully consider the choice for irradiation. The need to include radiotherapy in the treatment scheme is confirmed by clinical studies. In the Czech Republic, we follow the recommendations of the Czech Lymphoma Study Group (CLSG), which reflect the latest results of those clinical studies and are updated regularly. When carrying out radiotherapy, we also follow the recommendations of the International Lymphoma Radiation Oncology Group (ILROG).

In order to choose the optimal treatment, it is important to receive comprehensive and comprehensible information. If radiation is considered as part of your treatment, ask the treating oncologist about all the available irradiation methods as well as treatment-related side effects. These may significantly affect the quality of your life during and after treatment. Our physicians have many years of experience in radiotherapy. Moreover, they are experienced in both standard (photon) and proton radiation therapy and are prepared to answer all of your questions. Do not hesitate to contact us.

The treatment is outpatient, and you come to the Proton Therapy Center for radiation and regular check-ups during treatment. One visit takes about 60 minutes while the radiation is a matter of a few minutes. Prior to each radiation session, we carefully check your position using X-ray scans and carry out certain other checks necessary to commence irradiating. At least once a week, you undergo check-ups with the physician who will go through the treatment progress with you and check your condition.

In most cases, the whole treatment lasts from 16 to 25 business days, according to the regime determined by the physician on the basis of the initial assessment and other diagnostic tests.