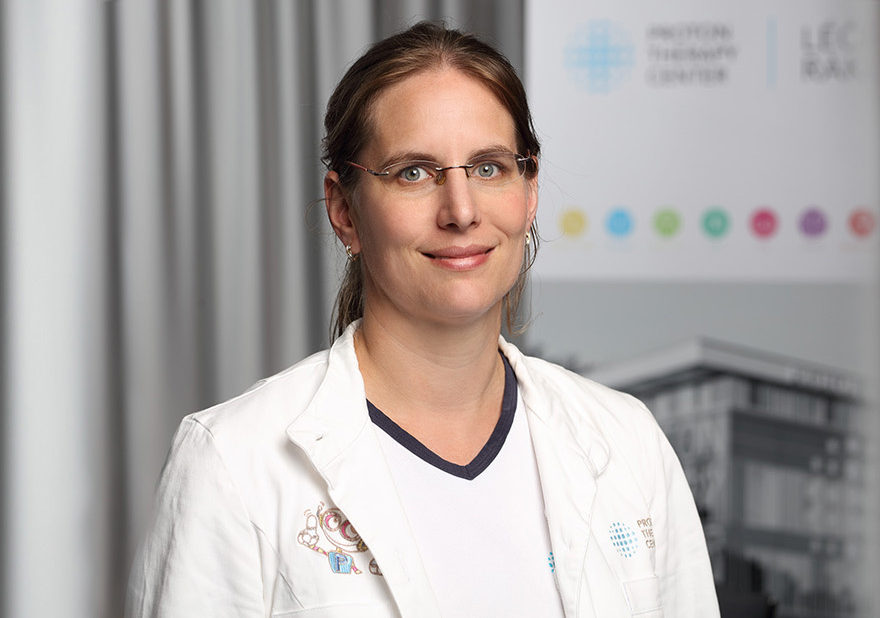 “Our main goal is not only to cure children but also to accelerate their return to a normal, good-quality life”, says Dr Barbora Ondrová, chief physician for the treatment of paediatric cancer.

Under the paediatric treatment plan, the Proton Therapy Center in Prague utilises state-of-the-art technology as well as the experience of leading Czech and foreign oncologists with proton therapy in children. All the children treated at the Proton Therapy Center are indicated for proton therapy in cooperation with one of the paediatric oncology centres. Today, over 80% of paediatric patients are successfully cured.

Treatment methods for paediatric tumours include surgery, radiation, chemotherapy and biological therapy. The choice of the type of specific treatment to be applied to your child depends on many factors and the treatment plan will be discussed with you in detail by the attending paediatric oncologist.

Radiotherapy (which also includes proton radiotherapy) is generally one of the basic therapeutic methods used to tackle cancer in children. It is used in patients either as the sole therapy or, more often, in combination with other methods (most frequently surgery, chemotherapy). In order to limit the adverse effects of radiation treatment, the current trend is to limit radiotherapy application to strictly selected situations, and if radiation is necessary, then to use the most advanced treatment methods such as proton radiotherapy.

Unlike commonly used radiation therapy, proton therapy is gentler and safer. Thanks to the precise proton beam targeting, we are able to significantly reduce the risk of adverse effects and to mitigate potential risks such as damage to the heart and lungs, the incidence of endocrine problems, growth disorders, impairment of sensory functions, intellectual impairment, damage to the kidneys and urinary tract, fertility impairment, and the emergence of secondary tumours.

At the Proton Therapy Center in Prague, proton therapy is used to treat:

Tissues and organs in children are very sensitive to radiation exposure. Moreover, children are more prone to developing secondary tumours than adults. If we want to increase the child’s chance of healthy development also after treatment, it is vital to make every effort to prevent the adverse effects of radiation exposure. In this respect, proton therapy is of extraordinary benefit for them.

Unlike commonly used radiation therapy, proton therapy is gentler and safer. Due to the precise proton beam targeting, we are able to significantly reduce the risk of adverse effects and to mitigate potential risks such as damage to the heart and lungs, the incidence of endocrine problems, growth disorders, impairment of sensory functions, intellectual impairment, damage to the kidneys and urinary tract, fertility impairment, and the emergence of secondary tumours.

Clinical studies comparing proton and photon therapies have demonstrated that IQ declined in children treated with photon therapy. Specifically, their IQ decreased by approximately 10.3 points per year for a period of three years after radiation exposure whereas following proton therapy, their IQ remained almost stable for a period of three years. It decreased by only 0.1 points per year.

In order to choose the optimal treatment, it is important to receive comprehensive and comprehensible information. If radiotherapy has been recommended to your child, ask the treating oncologist about all the available irradiation methods as well as treatment-related side effects. These may significantly affect the quality of your child’s life during and after treatment. Our physicians have many years of experience in radiotherapy. Moreover, they are experienced in both standard (photon) and proton radiation therapy and are prepared to answer all of your questions. Do not hesitate to contact us.

If proton therapy is performed under general anaesthesia, paediatric patients are hospitalised at the University Hospital Motol and commute to the Proton Therapy Center only for radiation treatment.

Although proton therapy is painless, we know that the child’s psyche is an important part of the treatment. From the first moment, everything is adapted to the child‘s needs as much as possible.

When not anaesthetised, children can wait for their radiation session or check-ups in a children’s room with lots of toys, which looks nothing like a hospital. Cheerful colouring books and puzzles with “Professor Proton” provide distraction and guide them together with trained staff throughout the treatment. 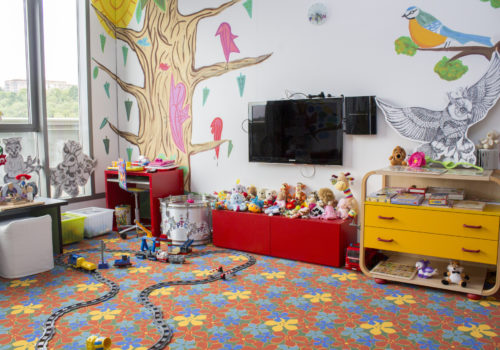 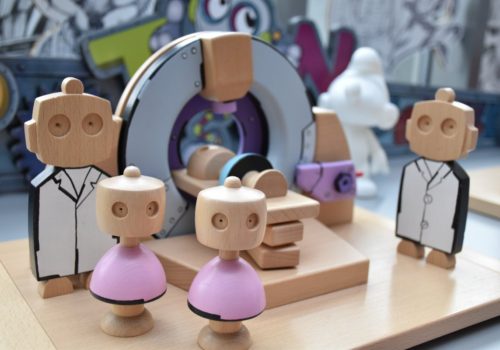 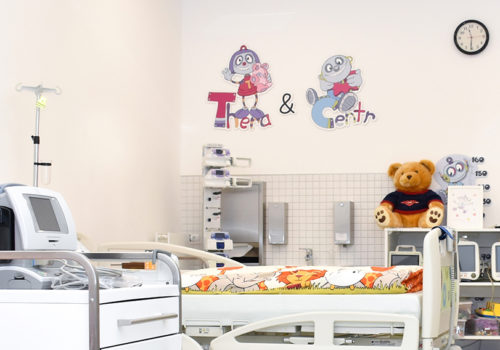 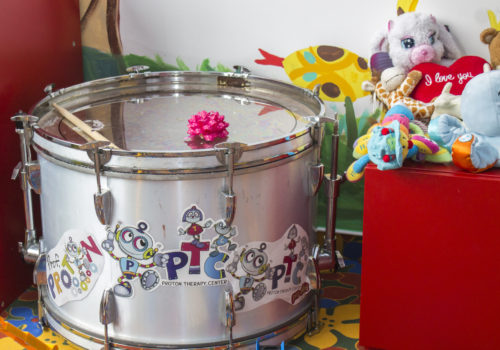 Drum Used to Celebrate the End of Treatment!