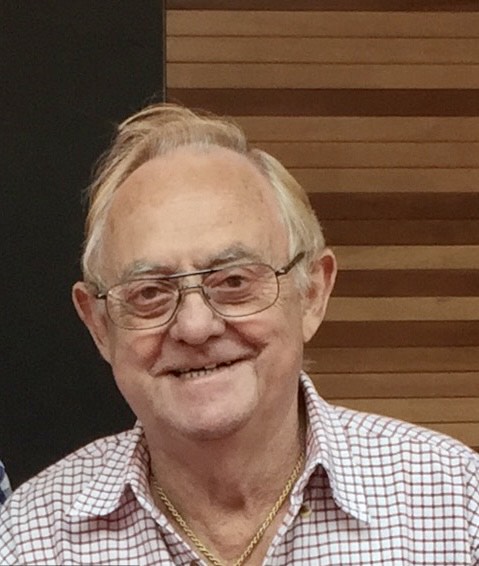 Keith, who was 79 at the time, was referred by his GP to a urologist and following routine tests it was confirmed he had a cancerous tumour on the prostate – a walnut sized gland which sits below the bladder in males.

At the time Keith’s PSA level was 6.5. This is a blood test which measures the prostate specific antigen in the blood, a factor used by medical professionals to help detect and measure the growth of prostate cancer.

Keith said: “To be honest, I didn’t even know where the prostate was and men don’t talk about ‘issues down there’.”

Keith’s PSA level continued to elevate and he was given two options. The first was to do nothing but to monitor the growth of the tumour.

“On this basis I was told I would live up to 10 years,” Keith said. “I had two issues with this. Firstly, the end years of this period can be very distressing and I did not wish to live with this knowledge.

“Secondly, my parents and grandparents lived into their late 90s and my mother reached 102 years old, which I felt gave me a good survival opportunity.

“The second option was to have the prostate surgically removed, but this has the potential of embarrassing side effects, and losing some bodily functions.

“As time went on, my PSA level was increasing. I became unable to accept that I had only two options. I went into research mode and came across a reference to proton therapy.”

Proton therapy is a kind of radiotherapy which targets the tumour with pencil point precision. Because of this, damage to the surrounding tissues and organs can be spared, reducing the risk of side effects.

“As my research advanced I became particularly focused on the Proton Therapy Center in Prague, a world renowned clinic which treats patients from all over the world for various cancers,” Keith said.

“Following analysis I decided Prague would be the most beneficial for my requirements.

In June 2017 I flew out to Prague with my son, and five weeks later we returned home to Queensland. My procedure was completely painless.”

He added: “My latest blood test in November 2021 showed it had reduced down to an incredible 0.06.

“My decision to choose Prague as my provider was the right one. The staff there were totally professional, providing quality and service. I thank them most sincerely.”