On January 5th, 2018 I was diagnosed with chordoma of the second cervical vertebrae. A partial laminectomy was performed at the Department of Neurology in the Military Hospital in Belgrade. Following the initial resection, I was advised to find a hospital which could treat my tumour using proton beam therapy. Upon completion of proton therapy, a surgery to stabilize the vertebrae would be performed. 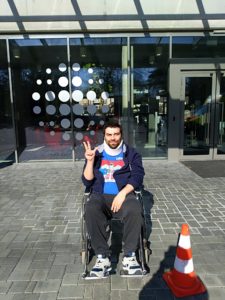 Before my diagnosis was confirmed, I was admitted to the hospital where doctors suspected I suffered a stroke. I remember not being able to control my extremities and I had spasms in my fists and legs. However, my brain was not affected, and I was fully alert. When the doctors were examining the MRI scan to check if I had a stroke, they noticed the growth on my C2 vertebra.

While I was happy I did not suffer a stroke and that the symptoms were not caused by multiple sclerosis, since my family has a history of it, I was scared to learn I had cancer.
Before my surgery, I felt optimistic, but that soon faded to fear and despair again as the tumour could not be fully removed. Following the surgery, as advised by my doctors, I started to research proton therapy. I knew my only hope would be to find a centre and start treatment as soon as possible. I found the Proton Therapy Center in Prague via a website called Proton Therapy Today and in March 2018, I contacted a treatment coordinator who requested all my medical documentation and MRI images to determine if they could potentially treat me. It only took the PTC a couple of days to inform me that I was a suitable candidate for treatment at their facility and they provided me with information regarding the suggested number of fractions and the total cost of the treatment. My next step was to apply for funding through the Ministry of Health of the Republic of Serbia, which can be a tricky and lengthy process if you have no idea how to begin or whom to ask for help.

Once I had all of the information about the proposed treatment at the PTC and knew the requirements for the funding application, I went to my doctors who were on board and ready to sign all the necessary papers to be sent to the Ministry of Health. Unfortunately, due to the lengthy process of applying for funding, I was unable to start my treatment until January 23rd, 2019.

Finally, I travelled to Prague for my initial consultation where I was informed about the potential side effects, which were really scary to hear and prepared me for the worst. However, eventually, I was lucky enough not to experience any of the major side effects. Actually, the only side effects I had were a sore throat and minor nose bleeds, but I was scheduled to see an ENT doctor weekly to help manage these side effects. Also, I saw a skin specialist who provided me with a cream to prevent any skin irritation.

Initially, the diagnosis turned my life upside down. I am a young guy and after the partial laminectomy, I was forced to wear a neck collar and the doctor’s prognosis was bleak. The more I researched chordoma, the more I became afraid of what the future would hold for my life. Cancer is a scary word that you hear on TV and maybe from acquaintances, but I never expected to hear a doctor tell me that I have cancer, especially such a rare specific type of cancer that only affects one in a million patients. 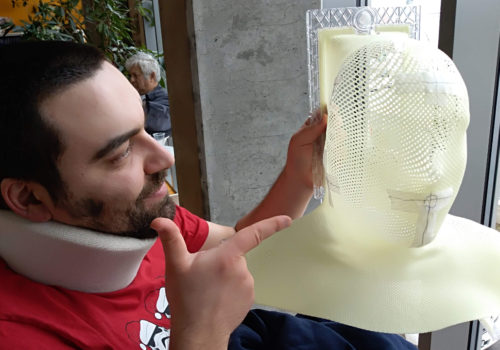 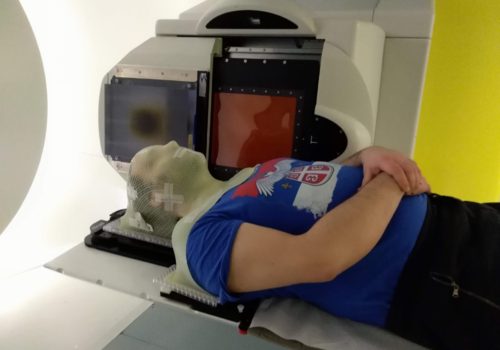 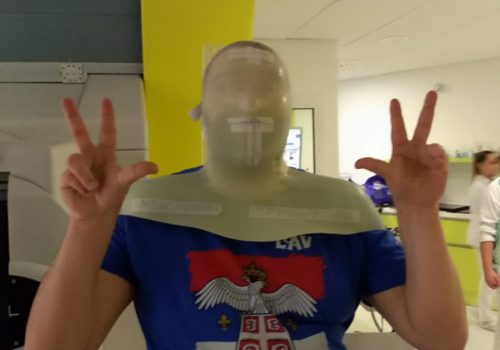 During my stay in Prague, I had the support of a family member who accompanied me. Two to three weeks after finishing my treatment, I was feeling a lot better. Before treatment started, I could barely move my feet and it was necessary for me to have a wheelchair to get around. At the end of treatment, I was able to take a 3.5 km walk through Prague’s Old Town for the first time.

Treatment at the PTC was a pleasant experience. All the employees were extremely helpful and friendly. I was surprised when the cleaning lady would smile and say “dobrý den” to me as we passed each other in the hall. Such positive attitude and general respect may not be something you will see in a Serbian institution. The international treatment coordinators were always checking in on me to make sure I did not need anything. The facility is well organized and I did not experience any delays or complications. I would highly recommend the Proton Therapy Center to future patients.