After having Proton Therapy I didn’t come across any side-effects and my PSA level now indicates that I’m on the road to recovery, side-effect free. My treatment took five fractions and I have to say, the Proton Therapy Center exceeded my expectations and my health is now stable. Since having the therapy there’s nothing I can’t do now that I could before the surgery, I do have increased urination at night but I feel like this whole ‘episode’ was just a glitch in my life and I would highly recommend the Proton Therapy Center. 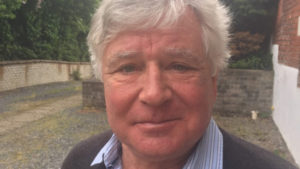 I was diagnosed with prostate cancer after having a routine PSA test; my initial reaction was that this could happen to anybody. At the time I realised that I have a wonderful and fulfilling life so I remained optimistic that it would continue.

Although I had been told that I had cancer I actually felt OK as I believed there’s help, the NHS referred me to the urologist where blood tests, MRI scan, colonoscopy and a biopsy was undertaken to determine the extent of the cancer.

Once the initial tests and diagnoses were completed I was then offered active surveillance with a wide-range of treatments to follow on from this once the cancer progressed, the treatments offered to me on the NHS were:

The consultant personally recommended for me external beam radiotherapy which would last two months but I was hoping the active surveillance would be sufficient so at the time I didn’t seek alternative treatments from other sources.

When I started to look at the possible side-effects from the conventional treatments and the fact treatments may have to be repeated, I started looking at alternative treatments and came across Proton Therapy in a Prague daily newspaper.

It appealed to me immediately for many reasons such as: