Luca is a young boy who was diagnosed with craniopharyngioma. His mother, Mariana, has decided to share their journey.

When I found out about Luca’s craniopharyngioma I started researching all the possible treatment opinions both in my country, Romania, and abroad. At that time, there were three neurosurgeons in America with whom I corresponded and they recommended surgical removal of the tumor followed by proton therapy. It was the first time I heard of such therapy. 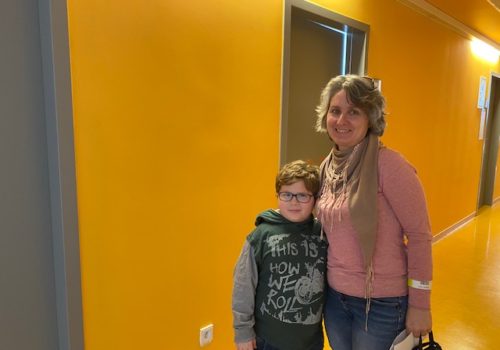 Luca and his mum Mariana during treatment 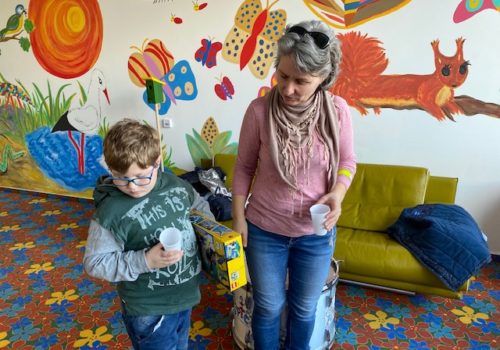 Luca and Mariana after treatment completion

Two surgeries were performed in the hospitals in Bucharest and the tumor was completely removed along with the pituitary gland. The doctors hoped that everything would go well and we would not need proton therapy. Shortly after, however, we realised that it was not the case and the doctors gave us two options: we could repeat the surgeries whenever the tumor recurred or we could do proton therapy. We chose proton therapy. We had to decide which of the centres in Europe to go to. A Romanian student who was studying in Prague recommended us the Proton Therapy Center (PTC). He recommended PTC as it is one of the newest centres, therefore with the latest technology, but also with a lot of experience and well trained doctors. Thus Prague became our home for two months. We didn’t imagine that treating such a disease could go so smoothly!

Before going to Prague for Luca’s treatment, I had never left Romania. I didn’t know any foreign language but Susanna, the treatment coordinator who was assigned to our case, helped us with all the details. Susanna found the accommodation most suitable for us, she informed us in detail and patiently explained each step of the process, always making sure we understood. Moreover, the PTC organised for a car to pick us up at the airport as well as take us back to the airport at the end of Luca’s treatment.

Luca loves the Proton Therapy Center and the people here. He didn’t experience any side effects, hair loss, or nausea. In addition Luca began to love walking because of the many beautiful places Prague has to offer! 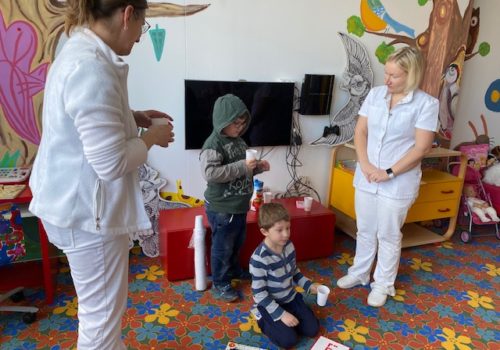