Initially my Urologist recommended a radical prostatectomy but I was concerned about the efficacy and adverse consequences of surgery. I requested a consultation with a Radiation Oncologist who suggested three months of hormone therapy followed by a course of standard radiotherapy over two months and a course of brachytherapy, followed by a further 18 months of hormones. 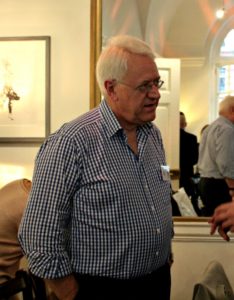 I decided to look into other treatment options and read many research papers that discouraged me from the plans suggested by my Urologist and Radiation Oncologist. I was also concerned about other aspects of treatments available on the NHS, the duration of the whole treatment regime would have had a very direct and negative financial impact on me and my wife. Not being able to work for several months with the prospect of up to two years of very unpleasant hormone therapy was not at all appealing to me.

No information about proton therapy was given to me by my doctors, despite my enquiries about it. I had heard about proton therapy through the story of Ashya King, the 5 year old British boy who was treated at the centre. It appealed to me because it was less likely to cause me any side effects and was a much quicker treatment than what was offered to me by my doctors.

I was treated over the period of about five weeks in June 2016. The treatment programme took up so little time each day that my wife and I were in effect enjoying a prolonged holiday in Prague. My wife was also very happy with her experience at the clinic, she agreed that it was an impressive treatment centre. It is very modern and the staff were very nice, it makes the NHS look very out of date!

My PSA level has declined sharply and I feel my health is recovering well. I feel I have done everything within my power to treat the disease I have in the best way possible and that I have maximised the chance to lead as fulfilling and long life as I can both for myself and for my partner and my family.